HOW ARE WE DIFFERENT?

Our wine tells the original story of the difficult times on the island of Vis and the monetary value of Plavac wine exchanged by the islanders for food. An equal respect for history and terroir is what makes us different.

The story of Vislander is a story about islanders – the people of Vis and Britain.
While the Second World War was raging in the Adriatic, Vis was hiding a secret British air base. In the isolation the people of Vis lacked food, while the British pined for the pleasures of peacetime. That is why grandma Frona and grandfather Jure made an additional alliance with the British. They traded wine for food, a dry military meal for the Plavac.
The PERFECT SANDFIELD TERRAIN and sustained labor made this alliance victorious.

Each bottle of our Plavac is a journey through the exciting history of the island of Vis and a small celebration of life.

Our wine is a first-hand experience of the past, when Plavac was a means of survival for islanders.

Our wine invites you to enjoy good company, food and drink.

We are dedicated to every grape because the plavac grape symbolizes our life, the only thing we had in difficult times.

NOTE: The sale of alcoholic beverages to persons under 18 years of age is prohibited. 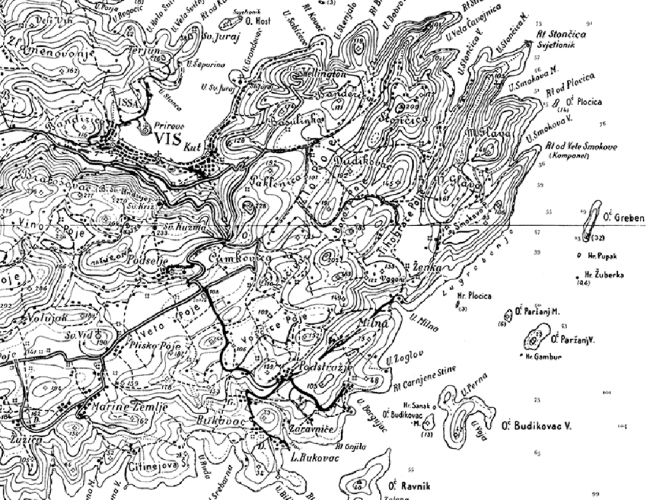